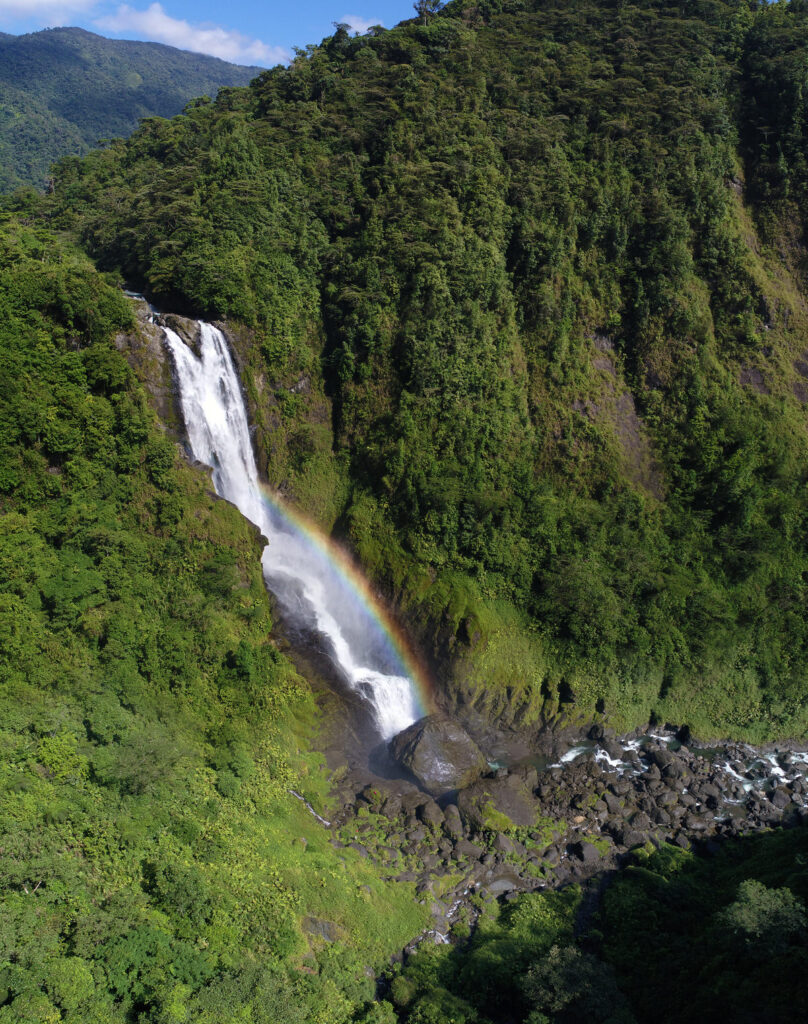 The Cordillera de Talamanca stretch from the Southeast half of Costa Rica to just inside the far western border of Panama. It rises from the Caribbean up to over 12,000 ft and drops down on the other side to the Pacific Ocean. The mountain range is home to two of the largest peaks in two countries: Cerro Chirripo (3820 m) in Costa Rica and Volcan Baru (3475 m) in Panama.

The mountain range is inside the La Amistad International Park, a UNESCO Work Heritage site shared between Costa Rica and Panama. La Amistad NP and Cordillera de Talamanca NP became the first bi-national biosphere reserve. This region is unique in Central America as quaternary glaciers created an environment where fauna and flora of North and South America have been allowed to interbreed.

While Costa Rica represents a very small percentage of the total landmass (.000034) on Earth, it is considered one of the most biologically diverse regions, containing five percent of all living species. (1)

The Talamanca mountains contain many life zones going from sea level to over 12,000 feet, plus differences in rainfall depending on whether you are on the northern Caribbean coast or the southern Pacific coast.

The Paramo ecosystem sits between the continuous forests and the permanent snowline. This is a neotropical high mountain zone that receives 80 inches of rainfall per year, and it can be identified by its grasslands and shrublands.

Paramos have a fundamental role in sustaining millions of people in the region, providing water for urban use, irrigation, and hydropower generation. It also serves as an efficient form of carbon storage and sequestration.

Below the Paramos are the forest habitats. The Caribbean side of the mountains is designated as “seasonal” rain forests, and the Pacific slope is seasonally dry and covered in evergreens. On mountaintops in this zone, you will find dripping cloud forests above 1500 m. (2) Dense, lush forests with a broken canopy result from abundant rainfall, wind-blown mist, and frequent cloud cover. It also provides for high species diversity.

The natural position of cloud forests on mountaintops reduces their chance of adapting to our changing climate. (5) A sad statement considering the species diversity is tremendous in cloud forests. Costa Rican, Panamanian, and Andean montane forests are some of the richest in the world. They serve as a center of speciation, with endemism being high at the species level and locally low at the genus level. (6)

Montane ecoregions, sitting between 750 m and 1500 m, are covered in oak forests and encompass the most extensive tracts of virgin forest in Costa Rica. (3) It is the most intact habitat due to its steep slopes, remoteness, and cooler temperatures. This has reduced the impact of human development and agriculture and is home to many endemic species of flora and fauna. The montane regions have over 10,000 vascular and 4,000 non-vascular endemic plant species and hold over 30% of the ecoregion’s flora. (4)

With the importance of the montane ecosystem, 40% is protected by national and international parks, plus 75% of the original forest cover is still intact.

Biological corridors provide biological pathways for wildlife, but they also preserve water and biodiversity of species of flora and fauna. These corridors connect patches of rainforest providing wildlife safe access to diverse resources in changing seasons. (7) Such a corridor gives fauna all the habitats it needs during various stages of its life, including reproduction, growth, and shelter.

Costa Rica has 44 biological corridors covering about 33% of the country. Corridors include mountains, coastal, and private lands. Communities work together with farmers to allow the passage of wildlife and protect them from hunters. People who inhabit these areas are educated in sustainable environmental development.

Threats to the Region

The Talamanca Mountains are named after the Talamanca people, a Chibcha people of central Costa Rica. Four indigenous tribes currently live within the mountains: Bribri, Ngobe-Bugle, Boruca, and the Naso. It is estimated that 25,000 people living within the La Amistad Biosphere of the Talamanca mountains live a traditional lifestyle that includes free-range grazing, hunting, fishing, and collecting medicinal plants. (3)

The main threats to the tribes are discrimination, acculturation, and policies of assimilation. They are threatened by losing land to non-indigenous farmers, mining, oil, and hydroelectric companies.

The building of dams is of great concern for the region as it will dramatically affect species and processes of the rivers. Dams alter the biodiversity of the surrounding ecosystem, including aquatic habitats in significant watersheds.

Monoculture plantations like bananas and pineapples create a continuous cycle of killing the soil and deforestation. Pesticides and herbicides poison the surrounding watershed all the way downstream.

But there is hope. Indigenous Bribri women are taking control by advocating for sustainable agroforestry. This method of farming mimics the diversity and productivity of a natural forest. It uses timber trees to shade fruit trees that shelter medicinal plants. Livestock and other wildlife comingle and thrive alongside the plantings. (8)

Illegal logging and encroachment from farming and ranching have begun to alter unprotected habitats (4), but climate change is the most significant threat to the ecosystems of the Talamanca Mountains. (9) Climate change can cause a decrease in flora and fauna in a region full of endemic species. Climate models show the region becoming warmer and drier, which has already begun. (10)

Converting oak forests to pastureland for cattle and crops is a significant cause of erosion in the highlands. Cattle compact the soil on steep slopes, creating soil loss from runoff and affecting aquatic habitats.

In conclusion, the Talamanca mountains play an essential role in preserving hundreds of endemic species of flora and fauna. Indigenous peoples still live in the region and share their traditions of living sustainability. The region provides a classroom to study ecosystems like no other place on Earth and should be preserved for generations to come.

Photos were taken by Javier Elizondo 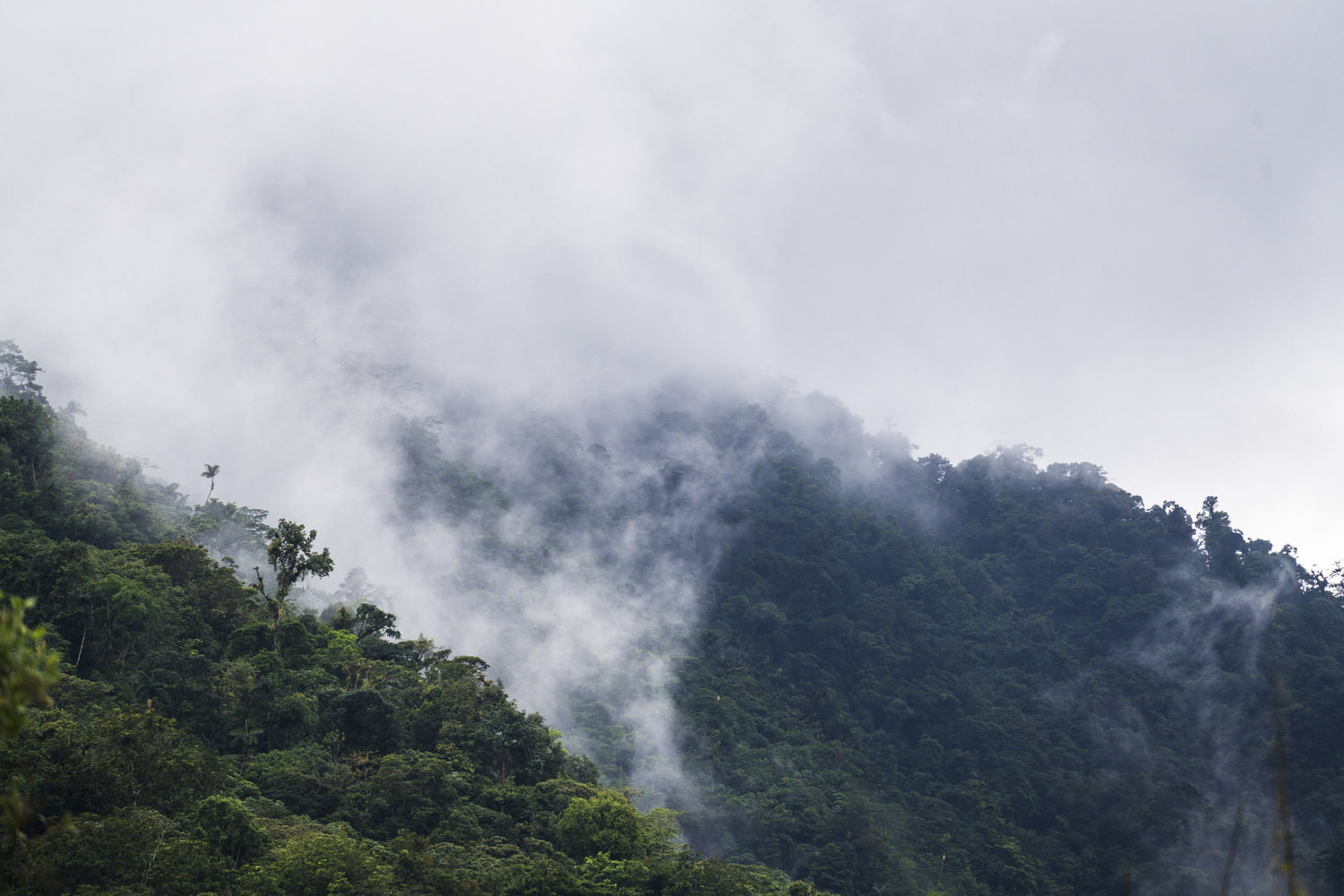 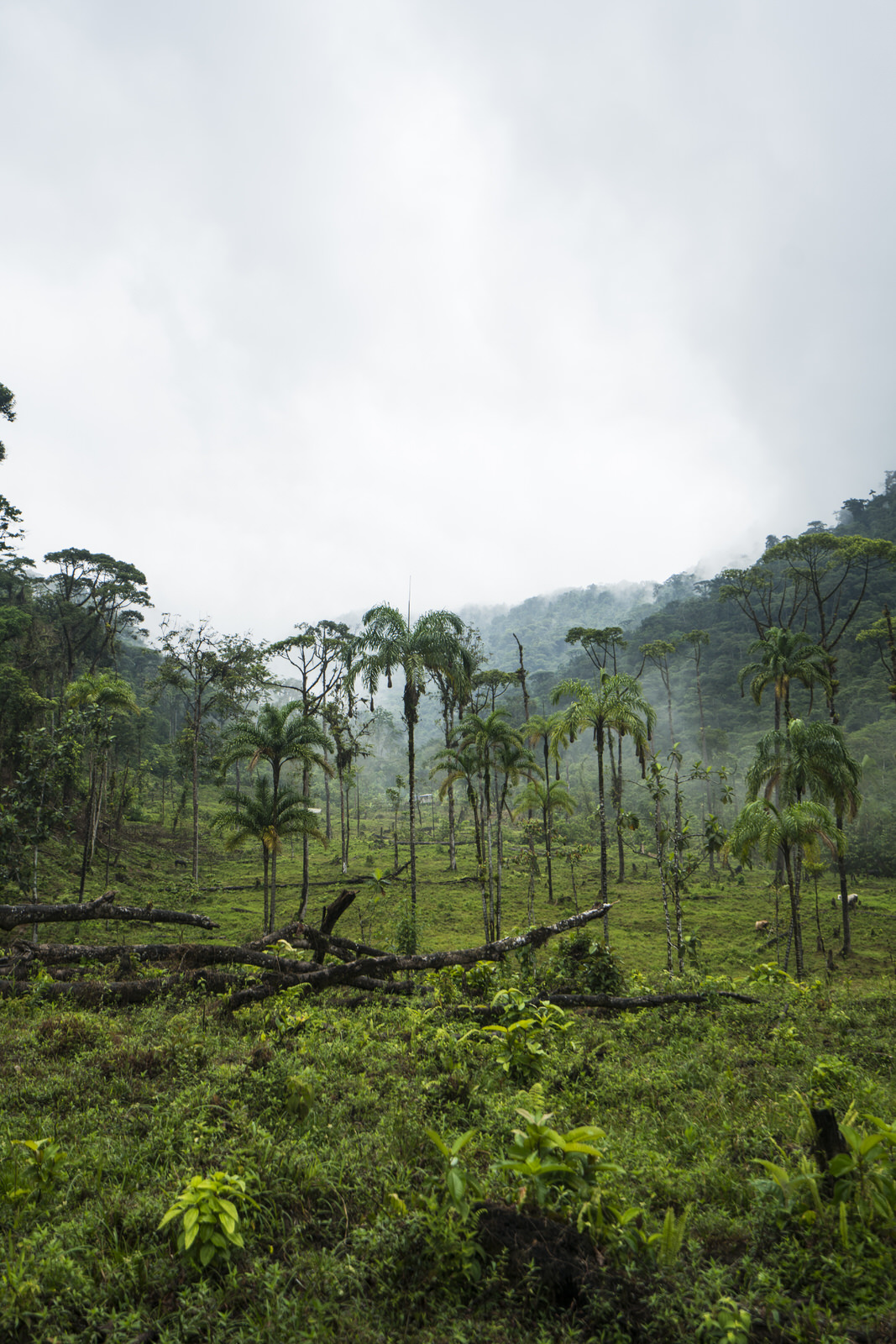