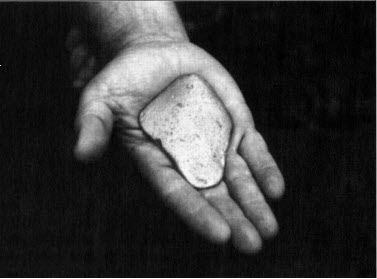 The Osa Peninsula sits on the southern Pacific Coast of Costa Rica. National Geographic named this area one of the most biologically intense places on earth. On the western shore of the Peninsula is Drake Bay, where you can head out to visit Corcovado National Park, a region where gold flowed down rivers that sustained indigenous peoples’ lives.

The Corcovado National Park is the largest and only tropical, primary lowland rainforest globally, protecting many endangered plants and animal species within its 424 square kilometers (41,000 hectares).

The Park was designated in 1975 to protect this area’s diversity from illegal gold mining and logging (1). It holds the largest concentrations of gold in Costa Rica.

But while the coalition of people involved in Park planning was thinking primarily of the natural resources, they forgot to include the indigenous people who relied on some of those resources to sustain their local economies and feed their families.

When Christopher Columbus landed near the current location of Limón during his last voyage, he wrote that he’s seen “more signs of gold in the first two days” than in all his years of exploration. He was probably referring to the gold ornaments adorning the indigenous people that greeted him and his crew. It is believed he coined the name “Costa Rica,” which translates to “Rich Coast.”

However, he must not have explored the river beds because large-scale mining did not appear until the 1820s and stayed around for a couple of decades. It slowed until the Osa Peninsula gold rush that began in the 1930s (2). Jobs were scarce in the region, so hundreds of people arrived for the dream of getting rich overnight.

Local lore tells that the gold rush began in 1937 after a miner found a large nugget along Madrigal Beach. Within two years, over 2,000 miners landed on the beach. By 1967 there were only eleven local families left on the rivers.

But gold rose in value in 1974, and many Costa Ricans migrated to the peninsula over the following two decades. This influx created an economic crisis for local populations and many environmental concerns, an impetus to forming Corcovado National Park. 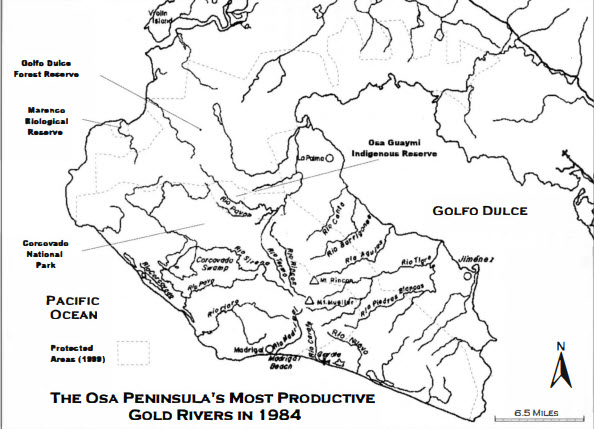 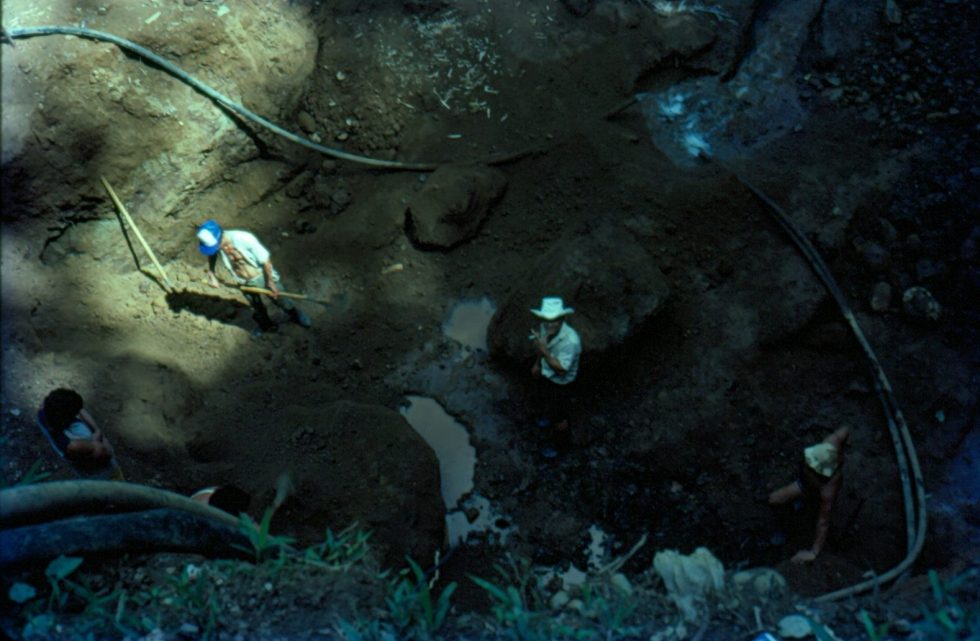 During the mid-twentieth century, Costa Rica suffered from high deforestation rates (6), soil degradation, high inflation, and population growth. Much of the productive land was dedicated to export crops and ranching instead of focusing on subsistence agriculture. (4)

In response, the Costa Rican government-protected about 28% of its lands in national parks, indigenous reserves, and other preserves. They became an example for other countries that have limited resources. But many outside influences also were involved and often came with strings attached. Some took little account of the local human conditions.

For example, the formation of the Corcovado National Park and the elimination of gold mining had significant economic effects on local economies. Large mining operations moved in and created what is known as “boom and bust” conditions.

Communities were built around mining activities and quickly closed shop when mining became an illegal activity within the Park. While the prominent corporate residents moved on, the locals inherited the spoils.

The Corcovado National Park followed North American criteria, which many say undermined the welfare of hard-working people on the peninsula who relied on placer gold mining for decades. It was the basis of their local economy.

The coalition behind the Park’s formation included the Costa Rican government and environmentalists trained in the United States and U.S. institutions and scientists. Indigenous peoples were not at the table and suffered from economic losses.

The Osa peninsula became a victim of social injustice along with environmental degradation. Costa Rican environmentalists realized extraordinary achievements in turning this around. (5)

Peasant Orero (gold miners) mining had little impact on the environment. The region’s natural processes washed away most of the scars left within a few months due to rainwater rushing down from the hillsides.

However, two significant environmental problems arose as the number of oreros grew on the peninsula due to migration from surrounding areas experiencing economic hardship. The first was using mercury to secure traces of gold from the bottom of the pan, and the second was hunting.

When the price of gold was low, hunters would sell alligator hides and fat to the point that most of the larger alligators were wiped out by 1984.  Other favorite prey includes iguana and paca consumed for the meat. But once the price of gold went back up, miners were able to purchase rice, beans, and chilies along with milk, eggs, and meat from local farmers.

The best gold rivers incorporated into the Corcovado National Park created an economic depression that forced locals to supplement their diets with more hunting.

Professional miners from the United States, Canada, Japan, and Europe impacted the economy, politics, and environment. They were able to secure contract agreements from the Costa Rican government called concession mines, which used large equipment that moved tons of rock a day instead of the local orero’s buckets.

Concession miners evicted orero’s and used armed guards to keep them out. Very few locals were hired and only for short-term jobs.

Due to the region’s vastness, it is difficult to patrol with a limited number of rangers. They say that illegal hunting is a more significant issue as certain species become endangered. 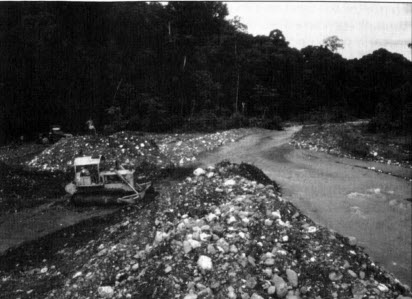 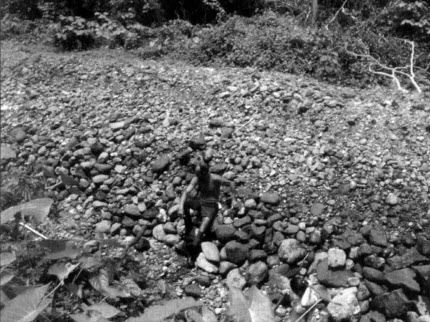