Biodiversity is the variety of life. It is a classification of ecosystems and derivation of species richness datasets (1). It can be studied on many levels, from looking at all of the 8.7 million species on our planet to a specific ecosystem like a patch of woodland. Here, we will be discussing the importance of biodiversity in sustaining a healthy forest in Central America. In addition, we will be looking into the link this has on benefitting us humans economically. 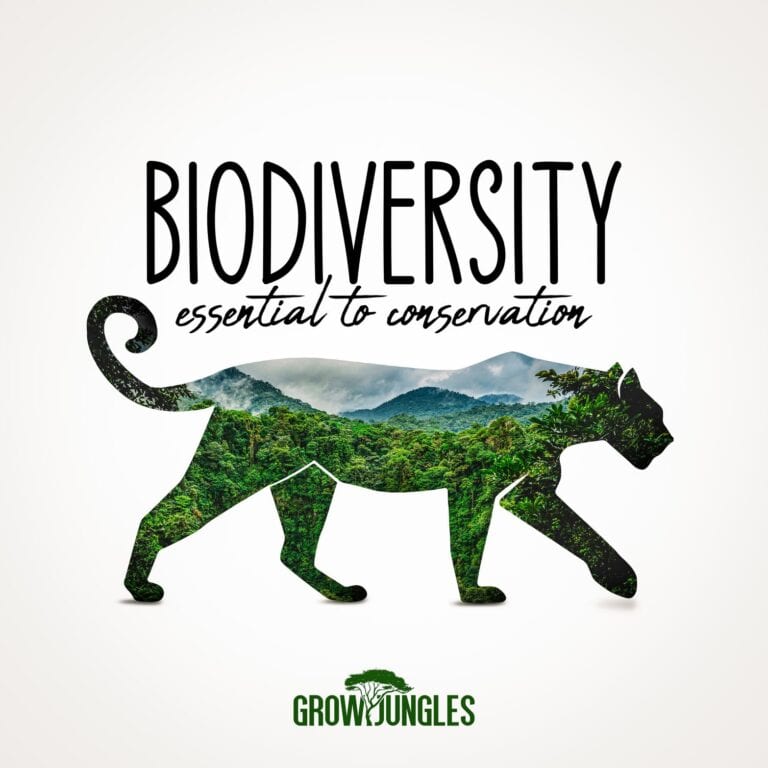 Rainforests are found on every continent except Antarctica. The four critical layers in which they are made up include:

So why is biodiversity important?

There are a variety of points here that could be discussed. For a start, high biodiversity ensures the stability of ecosystems by reducing the dependence of one species on another for food, shelter, and even the maintenance of the physical environment. Tropical rainforests are centers of biodiversity, holding an estimated half of the world’s plants and animals, many of which have yet to be cataloged. In Costa Rica, there has been research looking into the biodiversity of groups such as Insects (reflect Costa Rica’s species diversity), Vascular plants (most common families are Orchidaceae, Fabaceae, Poaceae, Asteraceae, and Rubiaceae), Mammals (2014 249 species recorded with still more being added), Birds (Latest list from AOCR indicated 918 species following the UCRO list) and Amphibians and Reptiles (2). Rainforests are also home to endangered or protected animals such as the Sumatran rhino, orangutans, and jaguars (3).

Biodiversity matters as the network of species that exist rely on each other for successful ecosystem survival. But to convince people that biodiversity matters, we need to look at the economic value of it. The World Conservation Union estimates the goods and services provided by ecosystems are about $33 trillion per year!

Why such a high value?

Well, for one, rainforests produce, store, and filter water, protect against soil erosion, floods, and drought (3). In addition to this, both traditional and modern medicine requires biodiversity. Many of the plants found in rainforests are being used to make medicine (4), including anti-cancer drugs, along with beauty products and foods. But there are no doubt so many other potentially important species that are yet to be investigated or discovered that could provide us with a hugely important cure or treatment. If we don’t start preventing the loss of biodiversity, we may never have the chance to make that discovery and develop that drug, which could save many lives.

Maybe even scarier is that biodiversity loss increases the spread of infectious diseases. Outbreaks of SARS, Ebola, avian flu and malaria have all been attributed to human impacts on biodiversity. Deforestation also pushes disease-carrying organisms into more regular contact with humans, including bushmeat which introduced HIV-AIDS and more recently Ebola into humans.

There are many threats towards biodiversity from deforestation driven by logging, mining, agriculture, and ranching. These areas are particularly challenging to regenerate due to the soil damage; therefore, the biodiversity found within them is irreplaceable. Reduced biodiversity would mean billions of people face a future where food supplies are more vulnerable to pests and disease, freshwater is in short supply, and we have no medicines to cure potentially deadly illnesses.

In light of the growing need to consider climate change in policymaking and by combining climate change projections with biodiversity maps allows scientists and local governments to understand the possible climate change impacts on biodiversity. Alongside this, it is essential to consider the rapid intensity of anthropogenic impacts on these natural ecosystems in assessing the effectiveness of current protected areas in preserving biodiversity (1). All this information is useful in guiding the development of new protected areas and biological corridors.

Sadly, protected areas are, in reality, only partially protected (5). And with only 13% of the global land surface being classified as protected (6), the future of terrestrial biodiversity depends in large part on the effect of agricultural use of unprotected lands. Protected areas remain critical because most species at risk for extinction in the tropical forest biome require expansive forests. In one study, 9% of 908 species in our study were completely dependent on the local protected area, occurring only in the Las Cruces Forest Reserve (6). Moreover, several local extinctions have occurred in the region because of habitat loss and poaching.

Biodiversity conservation cannot be separated from increasing demands for ecosystem services. Human communities must also benefit. Taxonomic work represents the foundation of successful management and conservation science. It is therefore suggested that we need more field biologists doing species monitoring and working alongside national parks and local communities to produce clearer proxies to understand human impacts on the biodiversity of our ecosystems (2).

PrevPreviousPlaying Your Part In The Preservation Of The Jaguar In Costa Rica
NextEcological Diversity And Its Role In NatureNext
Post Views: 276