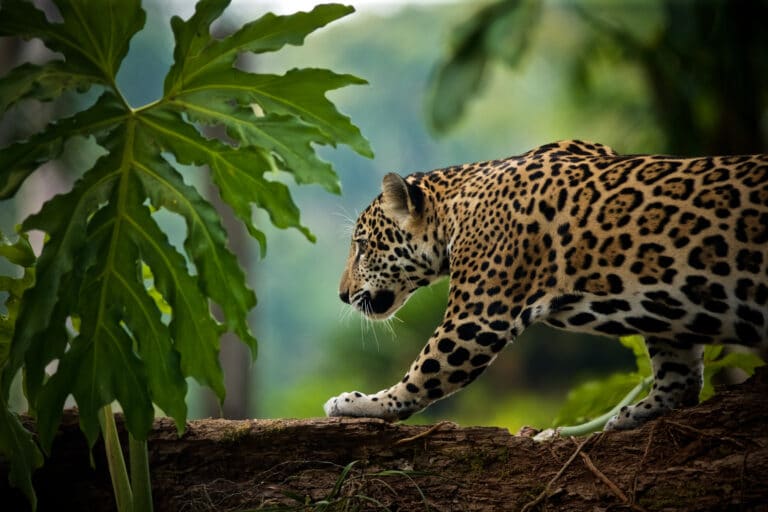 Have you ever seen a jaguar in the wild? If you have, then you are one of the privileged few, because a wild jaguar sighting is an extremely elusive event.

The jaguar (Panthera onca) is an exquisitely camouflaged master of stealth that will go to great lengths to avoid any contact with humans. Jaguar encounters are so rare that the species has taken on an almost mystical and mythical nature for us. People quite rightly believe that there is very little chance that they will ever see one in the wild. But they also wrongly tend to think that there is very little that they can do to actively assist in their conservation.

Jaguar conservation, however, is not merely the preserve of dedicated biologists working deep in the rainforests of our world-renowned national parks. Jaguars spend the first 18 months of their lives with their mother, learning the broad spectrum of vital skills that they will need to survive. Once this long period of maternal training and development is over, they feel the natural urge to break away from their home range and travel across the country to claim a new home territory as their own.

This inherent migratory tendency takes jaguars out of their customarily protected areas and into some unprotected and unusual places. The WCS, in conjunction with feline conservation organization Panthera, has studied these possible migration routes across the jaguar’s 18 country range and created a detailed map of 196 Jaguar Corridors. Jaguar Corridors are strips of land, often thin and vulnerable in nature, that act as vital bridges between jaguar population hotspots.

Below is a map of Costa Rica’s Jaguar Corridors, which are highlighted in yellow.

By focusing your attention on known Jaguar Corridors when you purchase land for conservation, you can make a significant personal contribution to the effort to save this magnificent species.

Choosing to buy land that is strategically located to strengthen these fragile Jaguar Corridors, and then reforesting it with trees that support the proliferation of jaguar prey species. It is a simple but effective way that you can make a real difference to the long term survival of the jaguar.

The three main threats to existing jaguar populations are:

2. Loss of habitat and prey species

3. Predation of farm animals resulting in retaliatory killings by farmers

Buying, reforesting, and protecting critical areas of land within these corridors can have a direct positive effect on all three of these threats. And if you choose to take this path, there is both financial and technical support readily available to help you.

The Costa Rican Government’s FONAFIFO system is one of the most environmentally enlightened public programs in the world that offers two different kinds of financial subsidies to landowners. Landowners who choose to reforest their land can claim financial aid to support the costs of doing so. And landowners who simply pledge to protect their own existing forest are also eligible for financial rewards. Not all of the applications to the FONAFIFO program are accepted. However, if you purchase land that lies within a recognized Jaguar Corridor, then your application for either type of subsidy will be highly prioritized.

The Jaguar Project is an organization working to protect and preserve the integrity of Costa Rica’s Jaguar Corridors.  They offer free advice and assistance to landowners located within these corridors who wish to reforest and have partnered with Grow Jungles. They can also help individuals to submit the paperwork required to receive those useful FONAFIFO subsidies. And if you would like to receive a return on your reforestation investment. The Jaguar Project’s experts have devised a new and unique reforestation formula that creates poly-cultural plantations that not only provide a viable habitat for a wealth of endangered species but also offer a return on your investment through multiple different harvests.

Playing an active role in jaguar conservation is a particularly effective method of helping to preserve our rainforest’s priceless biodiversity because the jaguar is what’s known as an “umbrella” species. Meaning that it’s conservation ensures the protection of a large number of other species that inhabit the same ecosystem. It is also a “keystone” species, meaning that it plays a vital role in controlling the populations of a large number of other animals that are included in its diet.

The jaguar is the apex predator at the top of the food chain in Latin America, and it requires pristine environments to survive. By investing in the restoration of the jaguar’s habitat, you are also helping to save its threatened home ecosystems and everything else that lives within them. 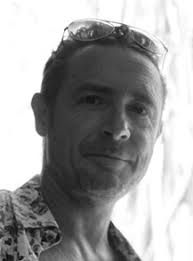 Founder of the The Jaguar Project which is focused on restoring the integrity of the Barbilla-Destierro Biological Corridor.