Home » stewardship » Top 5 Countries In The World For Conservation

Want to know the top countries that are doing the most to help conserve our wildlife and their natural habitats? Here we will discuss how scientists have listed these top 5 countries and why their conservation efforts are so vital. In addition to this, we will be sharing with you some of the most successful non-profit organizations across the globe. 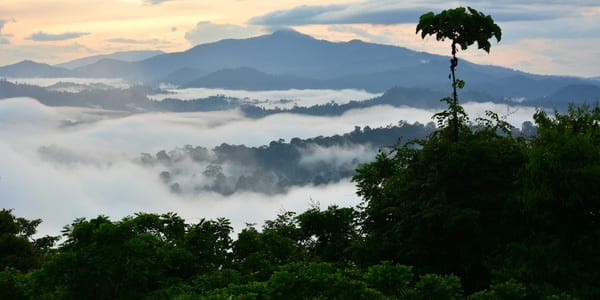 USING MEGAFAUNA AS AN INDEX FOR SUCCESS: Megafauna (from Latin greek Megas ‘large’ and fauna ‘animal life’) comprises of the large or giant animals of an area. Megafauna has been used as a conservation index because they are particularly valuable in economic, ecological, and societal terms. Recent studies have indicated that 60% of the world’s largest herbivores and 59% of the world’s largest carnivores are threatened with extinction (1). A loss of megafauna is detrimental for several reasons:

i.          Megafauna has significant cultural and societal value to humans (2).

iii.       Megafauna has significant economic value. For example, countries such as Kenya, Botswana, and South Africa have attracted many people from overseas to see these large mammals as wildlife-based tourism grows ever more popular.

THREATS: Key challenges include habitat destruction and excessive hunting. As a result, populations of many megafauna species are declining (4).

WHAT IS NEEDED: A key step to take to improve the conservation of megafauna and other aspects of biodiversity is to establish protected areas. We also need to be supplying funds for conservation, reduce poaching, trade of wildlife body parts, and promote coexistence between megafauna and people.

TOP 5 COUNTRIES: The Megafauna Conservation Index (MCI) assessed the spatial, ecological, and financial contributions of 152 nations towards the conservation of the world’s terrestrial megafauna. The countries were categorized as being above- or below-average performers based on whether their contribution to megafauna conservation was higher or lower than the global mean (5).

Major underperformers: 25% of countries in Asia and 21% in Europe.

The ‘Megafauna Conservation Index’ (MCI) was the first study done to establish this baseline. They estimated the diversity of megafauna conserved and the proportion of land area that such species occupy. They looked at the percentage of land that was strictly protected and also the financial contribution of the countries to conservation. Here are the top-ranked countries. Surprisingly they are the countries that are not necessarily the richest but instead rely on animal tourism and travel.

i.          Botswana: By keeping their visitor numbers deliberately lower, they could effectively manage the environmental impact of wilderness tours.

ii.         Namibia: The first African country to put protection of the environment in its constitution, and they have been actively restoring populations of lions, cheetahs, black rhinos, zebras, and other large animals.

iii.       Tanzania: An astonishing 14 national parks mark up a third of this country. As a result, a fifth of Africa’s large mammals can be found there.

iv.       Bhutan: Written by the country’s constitution, at least 60% of the nation’s land must remain under forest cover. That’s more than half of the country that is protected.

i.          Environmental Defense Fund (7): Focussing on ecological issues worldwide from clean energy, sustainable fishing, restoring ecosystems, and pollution. This non-profit organization has a massive 2 million members and 700 star comprising of scientists, policy experts, economists, and professionals all around the world.

ii.         Sierra Club foundation (8): Working since 1892 to protect its environment and people, this organization relies on its 3 million volunteers and activists for support. In the U.S, this club helps pass clean air and endangered species acts, creates numerous national parks, and moved hundreds of coal plants towards clean energy.

iii.       Rocky Mountain Institute (9): One of the newer organizations which have made notable achievements in its short history. These include making plans with India for 100% vehicle electrification by 2030 and projects to cut over one billion tons of co2 emissions with new U.S fuel efficiency standards for trucks.

iv.      Greenpeace Fund (10): Tackling environmental problems such as deforestation and sustainable food, addressing issues with oceans for decades: plastic pollution, offshore drilling, saving the Arctic, and more. Greenpeace has grown from a small group of activists protesting nuclear testing in 1971 to an international organization with offices in over fifty countries.

v.        Center for Biological diversity (11): Uses biological data, legal expertise, and citizen petitions to obtain new protections for plants, animals, and their habitats. With 93% favorable outcomes of their lawsuits, their track record is increasingly impressive.

By publishing regular conservation rankings, it has been suggested that by recognizing these major-performers, the media can create a healthy pride and competition among nations and identify ways for governments to improve their performance.

PrevPreviousFailures In Rainforest Conservation Efforts We Must Learn From!
NextFreedom to Roam WildNext
Post Views: 376