For several years, Tico Haroutiounian has explored the jungle of the Osa Peninsula in Costa Rica, where he has tracked the last jaguars in hiding.

The Golden Shadow is a project to create the most extensive, artistic, and detailed study of jaguars in Costa Rica’s Osa Peninsula and the southwestern region of the Talamanca mountains range. The study consists of tracking migration patterns within the Osa and Fila Languisiana corridors that connect (also locally known as the Fila Costeña) Corcovado National Park, Golfo Dulce Forest Reserve, Piedras Blancas National Park to the Talamanca mountains.

Long feared and coveted, jaguars have been decimated by poaching and deforestation. Their appearances have become extremely rare, and only a relentless effort can follow them deep into the forest. Immortalizing jaguars through photography brings them out of their mysterious shadows and displays these mercurial animals to the world so we can further protect their habitat. 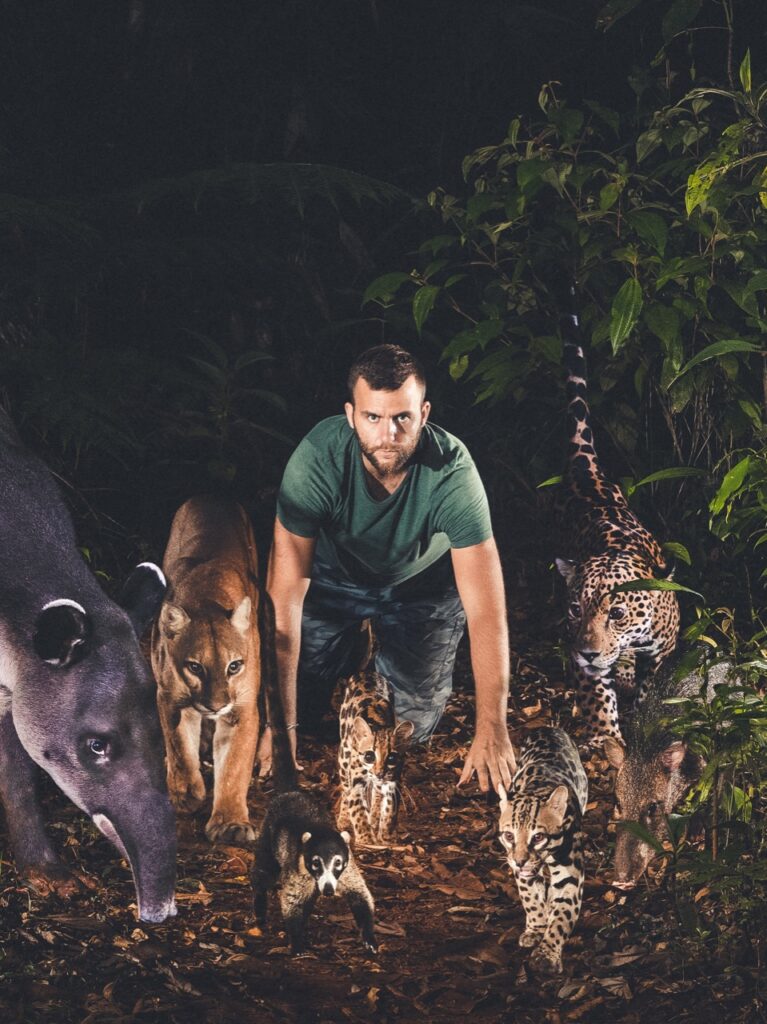 We need your Help

Tico has developed a state-of-the-art autonomous photographic studio that reveals a dimension of wildlife otherwise inaccessible to humans.

Your support allows us to invest in the equipment as new needs arise. Because of the rainforest’s harsh climate, we have lost a lot of equipment to mold, ant colonies, trees falling and crushing the equipment, trampled by tapirs and herds of peccaries, and even destroyed by poachers and drug traffickers.

The project now needs you to take it to the next level. In addition to intensifying the Osa Peninsula effort, our ambition is to extend the monitoring of jaguars to the entire southern Pacific region of Costa Rica, up to the Talamanca Cordillera, and capture the even more elusive black jaguar.

Click on the title or Icon to read the research

Inside The Golden Shadow

These photographic / video devices installed in the jungle allow exceptional observations. All the data of interest generated by the project, such as the number of jaguars detected, their sex, their areas of movement, the observation of poorly / undocumented behaviors, the abundance of prey, or even the discovery of new species, are shared with the environmental protection authorities, biologists and academic researchers.

And the growing YouTube channel where he dives deeper into the research, the rainforest, and tracking the jaguar.

The challenge is great: to photograph each of the last jaguars of the Osa Peninsula by showing them in the heart of their natural habitats in the most aesthetic way possible in order to restore the beauty of their secret life as it still exists far from the Men.”