Located before the town of Puerto Jimenez, it is about 132 miles from San Jose. The best way to get there from San Jose is on the coastal highway and south on the 245 highway takes approximately 5- 6 hours or the alternative Cerro de La Muerte.

This property has been under one ownership for more than 40 years. Covered mainly with primary rainforest, and a  few small creek crossings can be encountered on the walk up to the top of the hill, where there is a small clearing. From this clearing, one can look at the forest that encompasses the Golfo Dulce Forest Reserve, visibility of the edge of the Corcovado National Park, and the Golfo Dulce’s ocean entrance.

Golfo Dulce is a great place to go bird watching or relax along the shores of one of the several secluded beaches. Swimming and hiking opportunities are abundant here, offering travelers a chance to view the outstanding wildlife. The area of the Rincon borders the Golfo Dulce Forest Reserve that also borders with Corcovado National Park.  Declared ‘one of the most biologically intense places on earth by the National Geographic Magazine.

Preservation with a Purpose

The Rincon property features creeks, mountains, rainforests, and wildlife. Its nearest neighbor is Fundacacion Neotropica, which promotes social agreement and self-management for the conservation and fair and equitable distribution of the benefits generated by natural resources. Golfo Dulce is 4 miles south of this property. In 2018, Costa Rica’s government assigned the wetlands in northern Golfo Dulce as a sanctuary for the scalloped hammerhead shark, creating 4,000 hectares of ‘no-take’ zone: the first shark sanctuary in Costa Rica. The northeast part of the gulf is the Piedras Blancas National Park (former Corcovado National Park extension), with its 14,000 hectares (35,000 acres) of protected rainforest. The Golfo Dulce Forest Reserve is a  149,500 acre protected habitat. 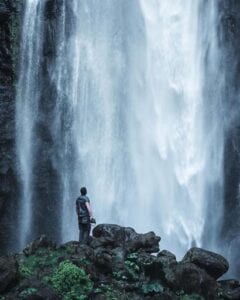 Rancho San Fernando Located in the mountains above San Jose,... 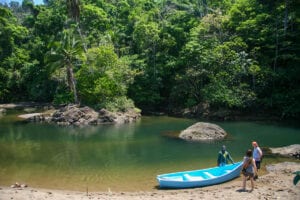 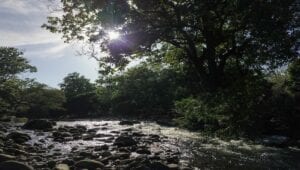 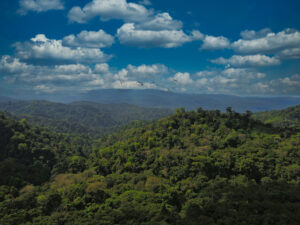 Rincon The epicenter of conservation and rainforest. Gulfo Dulce, Osa... 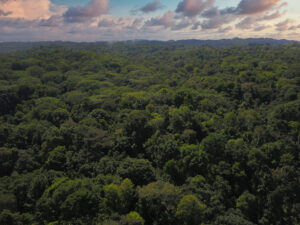 Finca Retigre The perfect rainforest location right before starting your... 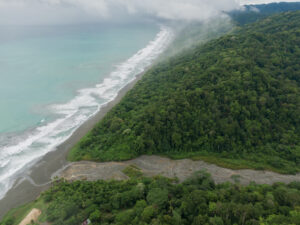 Last Eden Straddling both sides of the Carate River, it...