The Boruca tribe is one of 8 remaining indigenous tribes still living in Costa Rica. There are approximately 2,500 of them, most of whom live inside the 140 km square, Territorio Indígena Boruca, which is located in the southern region of the country (near the Terraba River).

The Boruca have succeeded in keeping their culture remarkably intact despite the Spanish colonization. They are very proud of this fact, and as such, they celebrate in remembrance through their Dance of the Devils, which takes place annually from the 30th of December to the 2nd of January. In this ceremonial dance, a bull, which represents the Spanish colonizers’ charges, attacks the indigenous “little devils” for 3 days. At the crescendo of the dance, however, the bull is finally captured and burned to death in order to signify the Boruca’s successful resistance to colonization.

Masks are all original, unique and handcrafted by Boruca artists.

Prices are set by the artists. Grow Jungles does not make money or profit from any sale, and no fee is charged to the Boruca artist.

We feature the work of 3 Boruca Artists: Lourdes, Roy and Markos. All three hand-craft and paint each mask. 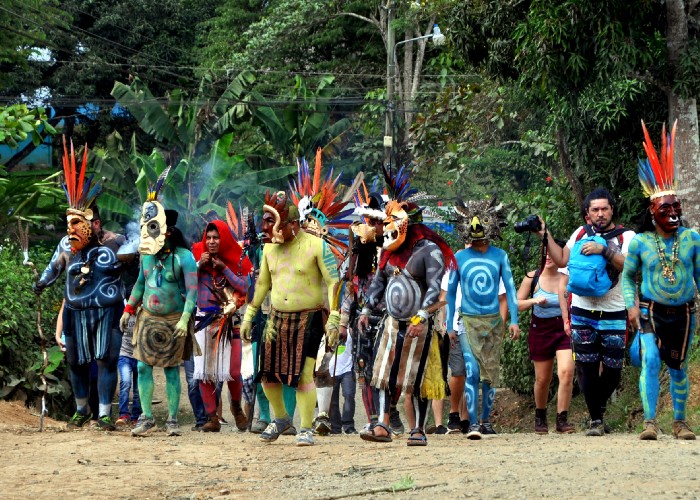 The Boruca have a wealth of myths and legends which are passed down verbally through the generations and play an important role in their culture. Their principal deity is Sibú, who is the creator of Earth and humanity and the god of morals and wisdom. One of their most important legends is the story of Cuasran, who fled the Spanish invaders with his family and sought refuge on a mountain near the village of Boruca. Sibú gave him the gift of immortality and told him to protect the village of Boruca and its people. The place where he dwelled is called Mount Cuasran, which is located not far from the village of Boruca, and to this day, it is the most sacred place in the Borucan world.

Another legend recounts the story of how the god, Sibú, sent a jaguar to guide the Boruca tribe to a safe haven from the Spanish invaders. Leaving the invaders in a safe place, the jaguar returned to fight the Spanish, but before he left, he placed his paw on a large rock and made a paw print to symbolize his warrior spirit. That rock still exists and you can see the legendary jaguar paw print today in the village of Mano de Tigre. The jaguar is one of the most important animals to the Boruca and it is widely used in their masks because it symbolizes the warrior spirit of the tribe.

The Boruca are famous throughout Central America for their colorful works of arts and spectacular masks. The masks have been in use for over 500 years and were originally created in order to scare away the Spanish invaders. The vast majority of them are carved from the trunks of the balsa tree, and a small number are sometimes carved from cedar. There are 3 distinct styles of mask.

The first of them is the traditional devil mask, which, although it may seem a little intimidating, is a symbol of the strength and wellbeing of the Boruca culture. The second style is the ecological mask, which represents the wide variety of the beautiful flora and fauna found in the Boruca territory. The third style is a combination of the two, mixing the traditional and the more contemporary styles together. In this style, we find a surreal symbiosis between the diabolical and ecological imagery with are morphed together as one.

Support The Local Artists By Purchasing A Mask 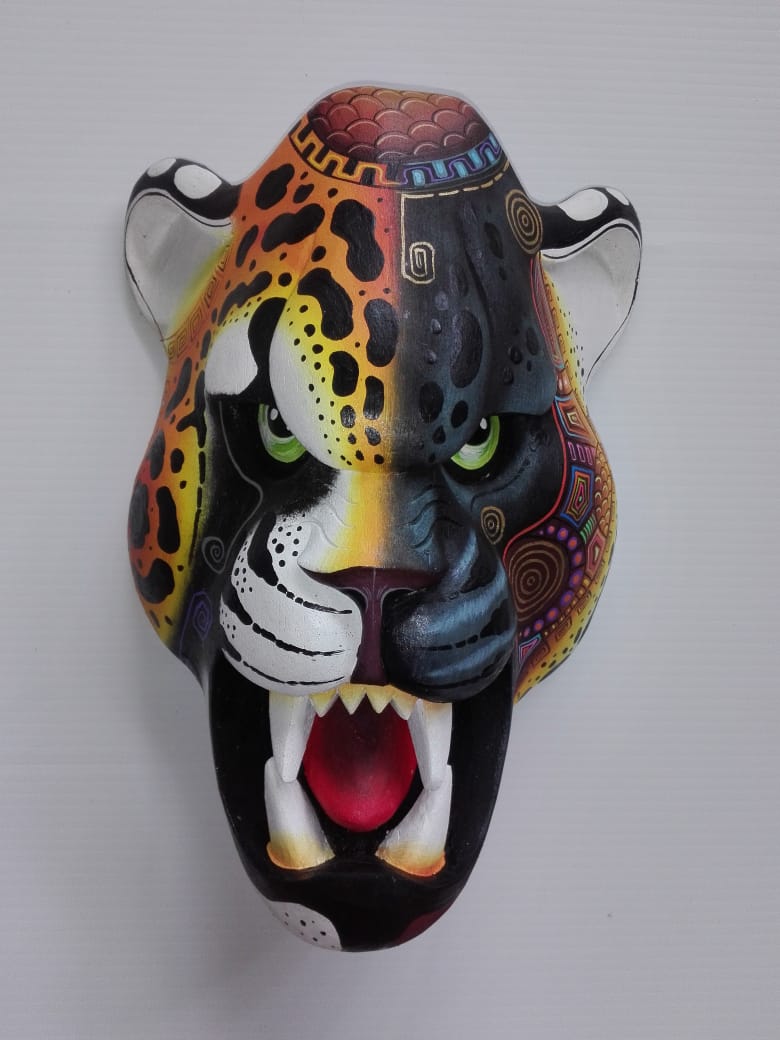 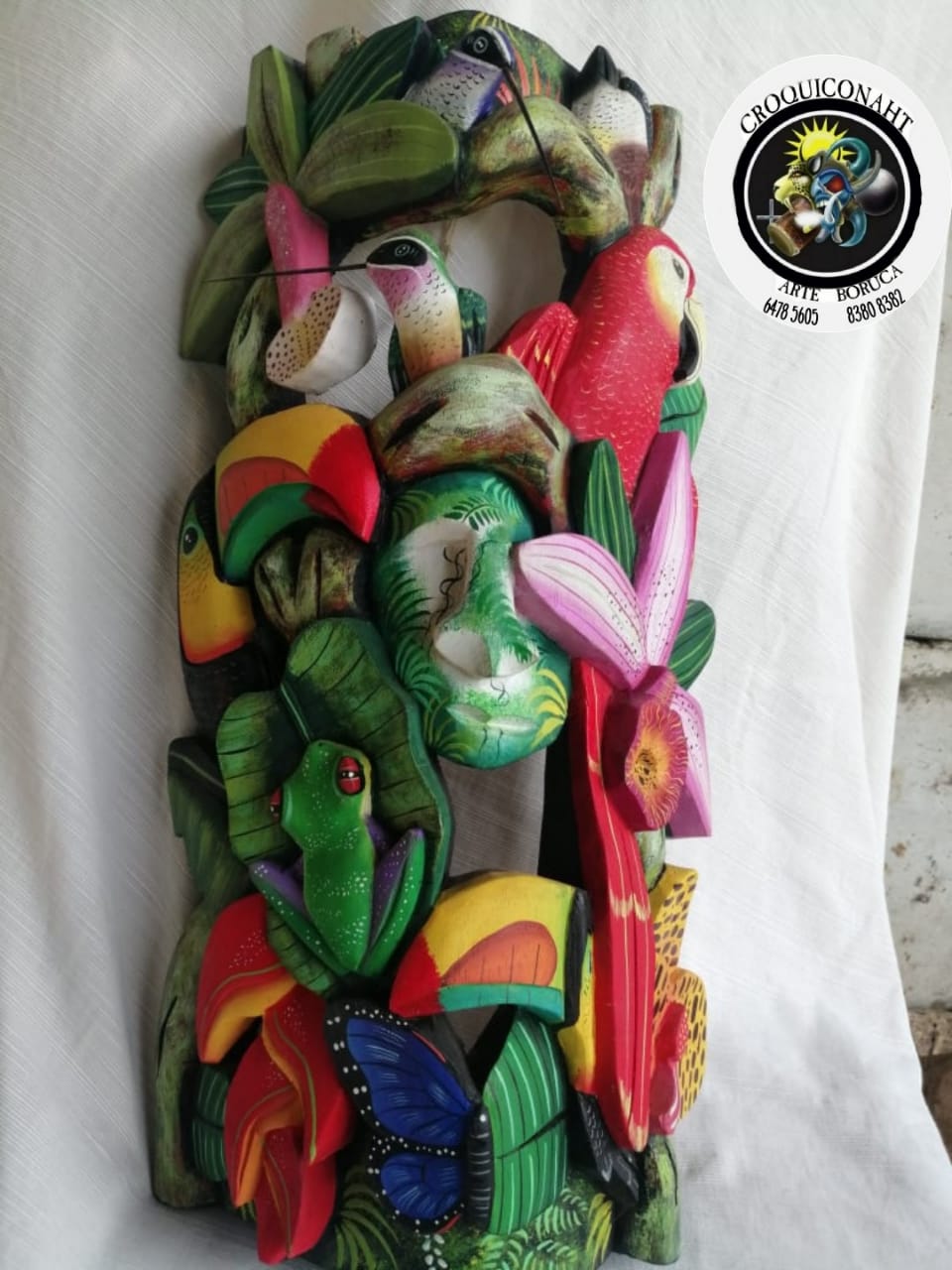 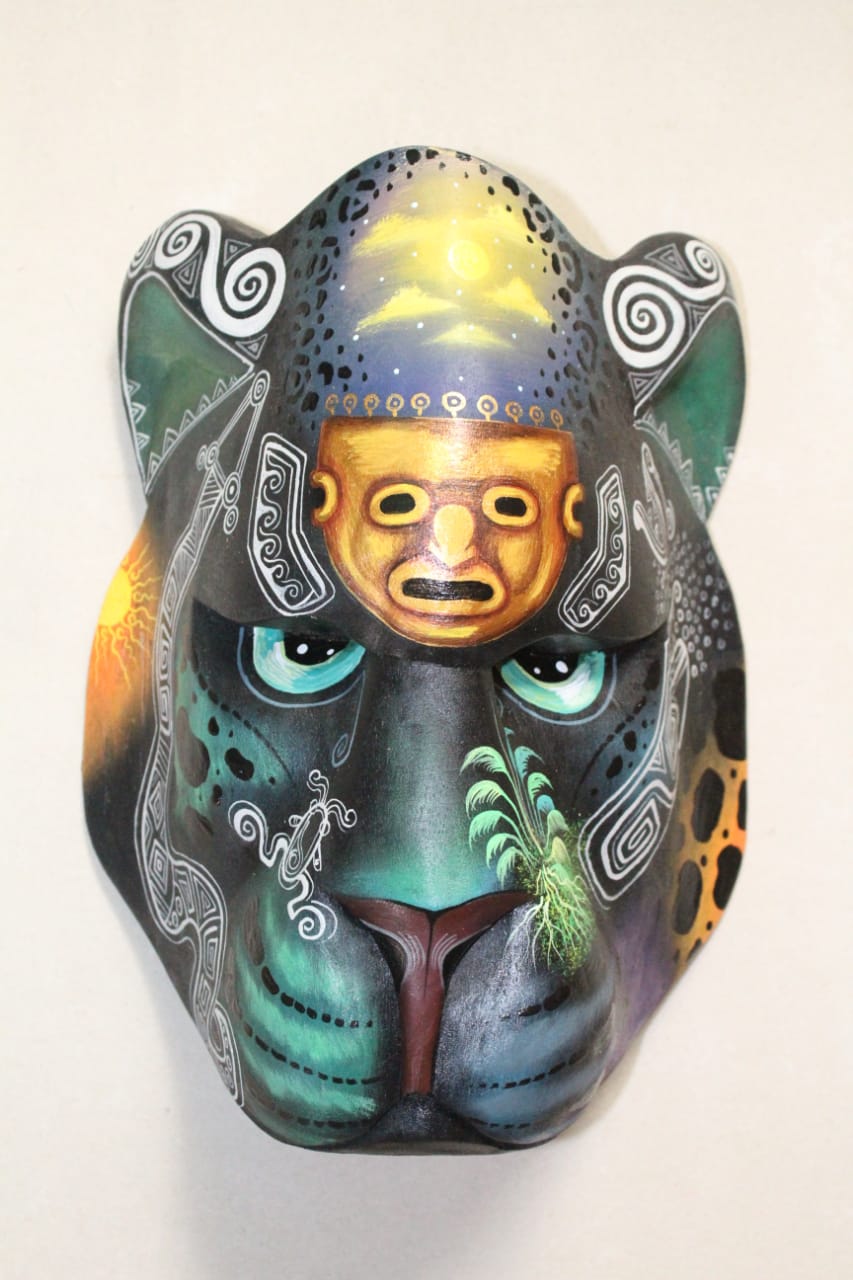 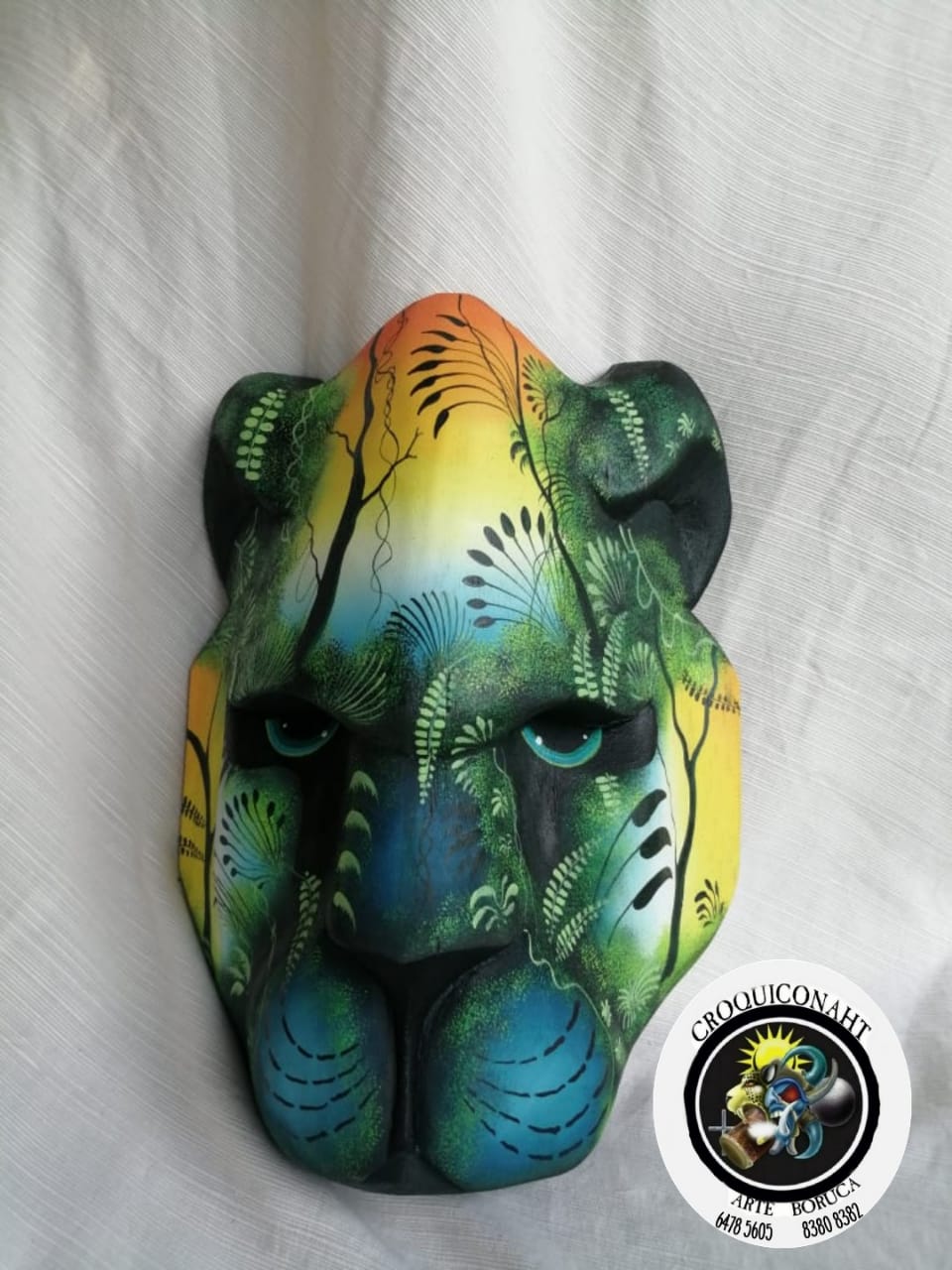 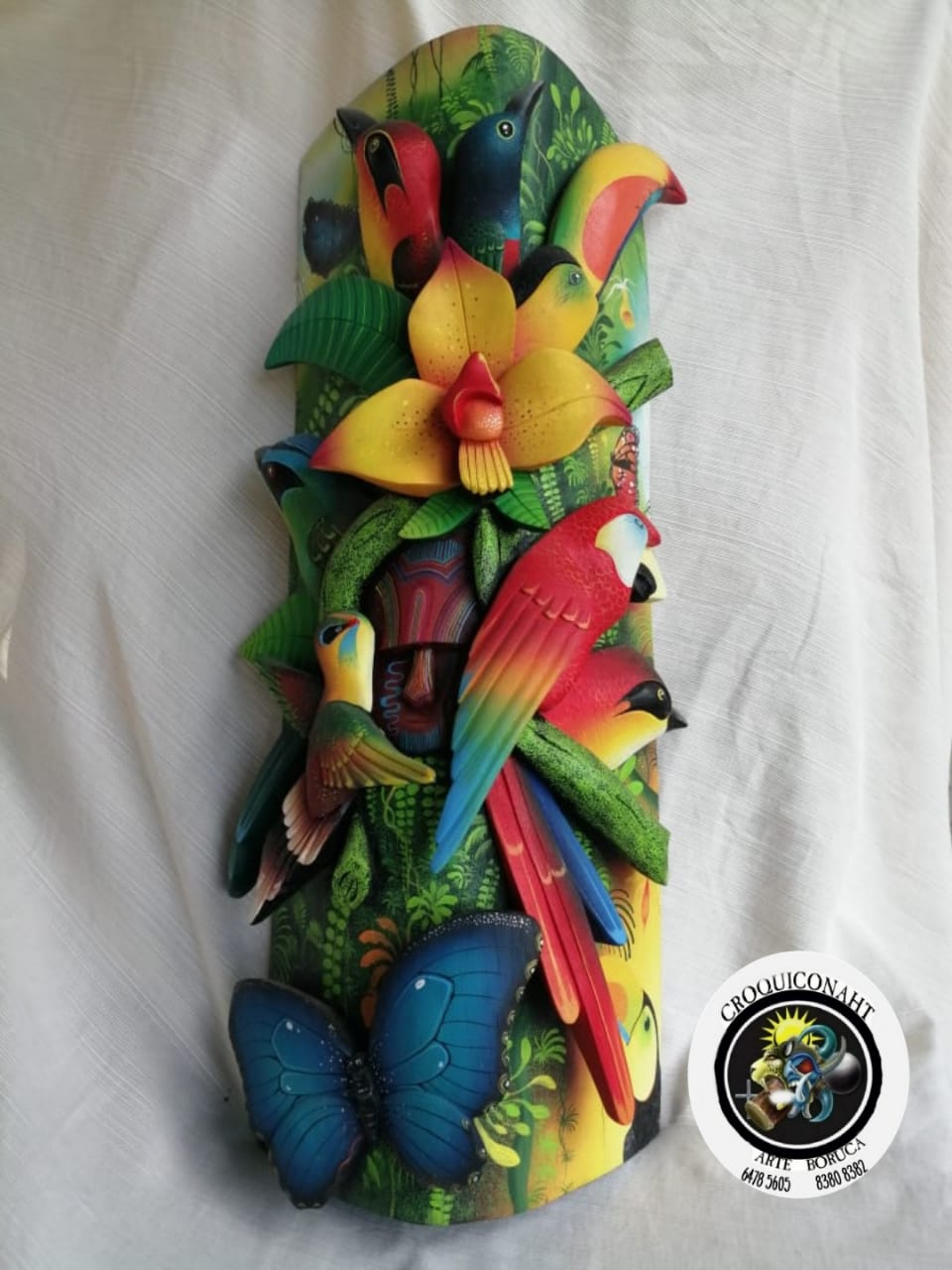 Spirit of the forest

Let us know which mask you are interested in.